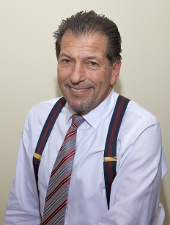 Richard H. Waxman is a business lawyer with decades’ experience in law firms in the New York Metropolitan area and south Florida. He advises and represents successful closely held businesses, and the owners of those businesses, in connection with a broad range of business matters, including employment law matters. His areas of legal expertise are examined in detail in the Practice Areas section of this website. While the firm’s target client is a successful closely held business or professional practice, with up to $50M in gross revenues and 500 employees…we also provide competent, attentive and reasonably priced legal services to far smaller businesses.

He has authored numerous articles, newsletters, and alerts on legal issues faced by closely held businesses, many of which are posted on this website under the Practice Areas tab. He has lectured extensively on those issues and serves on the faculty of the National Academy of Continuing Legal Education (i.e. he teaches lawyers how to practice law!). Since the advent of the “me too” era, he has helped numerous clients address the risk of Sexual Harassment claims by conducting Sexual Harassment Prevention Training, as mandated by recent NYS and NYC laws. He is outside employment law counsel to two prominent law firms.

Mr. Waxman is a graduate of the Hofstra University School of Law, where he was ranked in the top 10% of his class and was appointed to law review. He has practiced at prominent New York City law firms, and for the 17 years prior to forming Richard H. Waxman, P.C., was senior partner of Kahn & Waxman, in NYC and Boca Raton, FL. He is admitted to practice in New York and Florida and is a member of the New York State, New York City and Nassau County Bar Associations, and a member of the business law and employment law committees of those associations.

Mr. Waxman has resided for most of his life in the Five Towns and Barrier Beach areas of Long Island, New York. In the Five Towns he has served on the Board of Directors of the Five Towns Community Chest and was active in the administration of the Hewlett-Lawrence Soccer League. He more recently moved to Long Beach, Long Island where he can be found, in warmer months, playing beach volleyball and biking on the boardwalk…in winter, he skis in the northeast, except when he skis the Rockies. He is the father of two grown children, Ian and Ashley.

Timothy P. Fisher has been Counsel to Richard H. Waxman, P.C. and its predecessors since 1990. He is a business and tax lawyer with more than 30 years experience in the New York Metropolitan area. His practice centers on advising the owners of closely held companies and professional practices in matters of taxation and corporate law (including non-profit). He also maintains a substantial practice in the employee benefits and ERISA areas, and has formed and represents several employee stock ownership plans (ESOPs). In many instances he serves as special tax counsel to other lawyers and to accountants in complex matters of taxation, corporate law and employee benefits. In other words, he is a lawyer’s lawyer.

Mr. Fisher is a 1973 graduate of the New York University School of Law. He received his Masters of Law degree in Taxation from that same institution in 1976. He has practiced at a major New York City law firm and has served as Counsel to mid-size firms. He is admitted to practice in New York and before the United States Tax Court, and is a member of the New York State and Westchester County Bar Associations.

Mr. Fisher resides with his family in Pelham Manor, New York, where he serves as a Trustee of the Village of Pelham Manor. 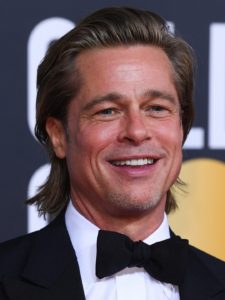 S. Timothy Ball is an attorney with decades experience at law firms in the New York Metropolitan area. His practice centers on advising and representing individuals, as well as closely held businesses and the owners of those businesses, in connection with a broad range of tax, business and family matters. He has authored numerous articles, including co-authoring a regular column in The Journal of S Corporation Taxation, and has lectured extensively on tax issues faced by individuals, closely held companies and the owners of those companies.

Mr. Ball is a graduate of Dartmouth College and St. John’s University School of Law and was a partner at Shea & Gould and Rivkin Radler & Kremer. He is admitted to practice in New York and in various Federal Courts, including the United States Tax Court.

Mr. Ball resides in Long Beach, NY and is active in the administration of the Central Park Lawyers’ Softball League. 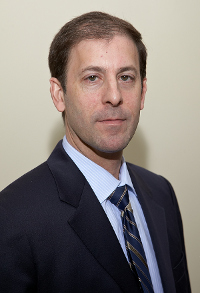 Joseph Lichter is a corporate attorney with more than 20 years of experience. He specializes in transactional and other business matters, including preparation and negotiation of contracts, sales of businesses and loan instruments. He also specializes in the complex field of life insurance transactions, with extensive experience in premium finance transactions and life settlements. Mr. Lichter brings a unique blend of corporate experience to the firm, having also founded a successful business that grew to over $100 million in revenue and a staff of more than 100 people.

Mr. Lichter graduated from Georgetown University Law Center in 1994 and graduated with honors from the University of Miami.